Council for Agricultural Research and Economics

The Council for Agricultural Research and Economics (CREA , Consiglio per la ricerca in agricoltura e l’analisi dell’economia agraria) is an Italian organization of research and experimentation with scientific competence in the sectors of agriculture, agro-industry, fisheries and forestry. CREA has legal personality under public law, directly depends from the Ministry of Agriculture, Food and Forestry Policies (Mipaaf). It has scientific, organizational, administrative and financial autonomy.
Its know-how ranges from genetics and physiology to mechanics and robotics; from innovative techniques for the management of sustainable productions, including practices to improve soil fertility and plant protection, to silviculture, under natural and cultivated ecosystems, and livestock farming; from agro-food industry processes to the nutritional properties of foods and dietary aspects. Consumer protection and education as well as waste reduction are also a top priority in all our activities.
Two internal CREA research centres will join the project: the Research Centre for Forestry and Wood and the Research Centre for Engineering and Agro-Food Processing. These two research centres have a well-grounded know-how in remote sensing, environmental data analysis and forest planning and are currently active in 80 national and european projects. The staff of the two research centres is composed by 190 permanent units (74 research scientist, 80 technicians; and 36 administrative units) and by temporary units
hired on specific projects. 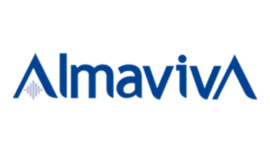 For over 30 years Almaviva has been the technological partner of the Ministry of Agriculture, Food, Forestry and AGEA (Agency for Disbursements in Agriculture) conducting computerization and innovation activities for the main services in the sector. Satellite monitoring in agriculture is one of the main objectives Almaviva achieved, being Italy a reference point for evaluating the effectiveness of the Copernicus constellation satellite data in the process of verification and control of crops subject to community contribution. In 2017, Almaviva applied Copernicus Sentinel 2 data for the control of approximately 50,000 farms verified on a sample basis. The purpose of the control via satellite data is to gradually replace traditional controls by making the eligibility of aid provided by the European Commission objective. In 2018, Almaviva created a wine traceability system. Starting from the data on the National Agricultural Information System, the application accessible through the mobile app Enology allows access to the history of wine from the vineyard to the bottling. It was presented for the first time at Vinitaly 2018. In 2018, Almaviva was awarded Lot 2 of the SIAN Tender for engineering and agronomic services 6 years long. It provides for the realization of control activities via remote sensing (photointerpretation of aerial and satellite images), field and company controls (surfaces, animals, structures) and warehouse controls.
Starting from 2019, Almaviva participates in the Smart AgriFood Observatory of the Politecnico di Milano where it presented the traceability solutions for the wine sector and the Red Oranges IGP. One of the most qualifying goals is the GIS information geo positioning Web application solution. Integrating data from the available graphic, cartographic, alphanumeric and document databases, Almaviva creates territorial dashboards that allow all types of users to manage geo-referenced data at any time thanks to a simple internet connection. 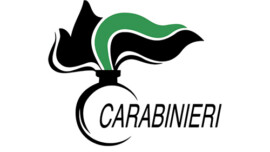 The Forestry, Environmental and Agribusiness Unit Command (CUFAA) is one of the Large Units of the Carabinieri Corps.
Ai sensi del Decreto n. 177/2016, all’inizio del 2017 il CUFAA ha assunto gran parte delle funzioni precedentemente svolte fino a quel momento dal Corpo forestale dello Stato.
The CUFAA is engaged in the fight against environmental crimes, in the surveillance of the territories of protected natural areas, in the management of state nature reserves, in the realization of projects aimed at the conservation and improvement of habitats, fauna and flora and in the introduction of sustainable forestry within the management systems.
It also has the task of monitoring 130 nature reserves and state forests, which cover a total area of about 130,000 ha, from the Alps to the extreme south: this is the green backbone of Italy, an extraordinary nature of incomparable beauty.
Since 1992 it has managed various projects for the conservation of habitats and species threatened with extinction, typical of the European Union, which have been funded through the LIFE program in which the CUFAA has played the role of both Coordinating Beneficiary and Associated Beneficiary.
The Office of Studies and Projects, within the Carabinieri Command for the Protection of Biodiversity and Parks of the CUFAA, is currently participating in seven LIFE projects, dedicated to protected species and forest monitoring, including Life Foliage.
In addition, the Office of Studies and Projects coordinates the national forest monitoring networks, acting as the National Focal Point for the ICP Forests and ICP IM programs and for the National Forest Inventory. It is also responsible for the implementation of the NEC Directive for the Ministry of Environment, especially regarding the impacts of air pollution on forests.

The office of Regione Lazio – Politiche Ambientali e Ciclo dei rifiuti – Area VINCA e Risorse Forestali as the responsibility of forest regional plan and forest management plans. The office approves the public and private Forest Management Plans, write down the legislation on regional forest and makes all the documents and forms for each forest activity. We have also competence on Natura 2000 sites and we provide the evaluation of different projects and their approach to Nature conservation. The office as also the responsibility for monitoring and implementing the regional governance on Natura 2000 and forest. 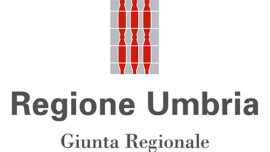 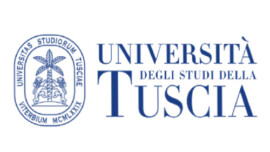 Department for Innovation in Biological, Agro-food and Forest systems (DIBAF) – University of Tuscia

The Department for Innovation in Biological, Agri-food and Forestry Systems (DIBAF), was born from the union of different scientific skills, configuring itself as a whole as a multidisciplinary research and teaching laboratory for scientific and technological innovation of the processes of enhancement, protection and management of biological systems, forest resources, processing and food safety, human health and chemistry for the environment and the territory in general, with particular attention to environmental sustainability.